Skip to content
Building of the Year Contest is closing soon! Enter now!

Have you entered your favorite project of 2022 for the Building of the Year Award yet? Contest closes 2/18. Enter now at mbceaawards.org.

The Rocky Mountain Chapter was established in October 2014 and quickly offered chapter members several training sessions like Hazard Communication and the Updated Globally Harmonized System and Aerial Lift Training. An OSHA 10 Class was held in February 2015 followed by the Chapter’s 1st Annual Sporting Clays Tournament in June. The 2nd Annual Sporting Clays Tournament was held in June of 2016 and they’ve been a successful event each year thereafter. Chapter President, Mike Cain, is looking for chapter members’ input regarding training classes they’d like to see scheduled and assistance with running the chapter. Contact Mike at mike@bjcsteel.com. 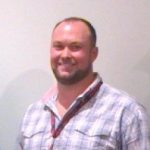